Now These Bestsellers are back in stock & ready for action!

On April 29, leading lifestyle product retailer MINISO opened a new store at Euroma 2, which is in the Castellaccion district of Rome, a busy upscale residential area, built in 2008 and once the largest shopping center in the Italian capital. This is the third store the brand opened in the country just this month, with 5 more to follow, including a flagship store in Rome this year, underlining the importance of Europe in the brand’s rapid growth overseas. 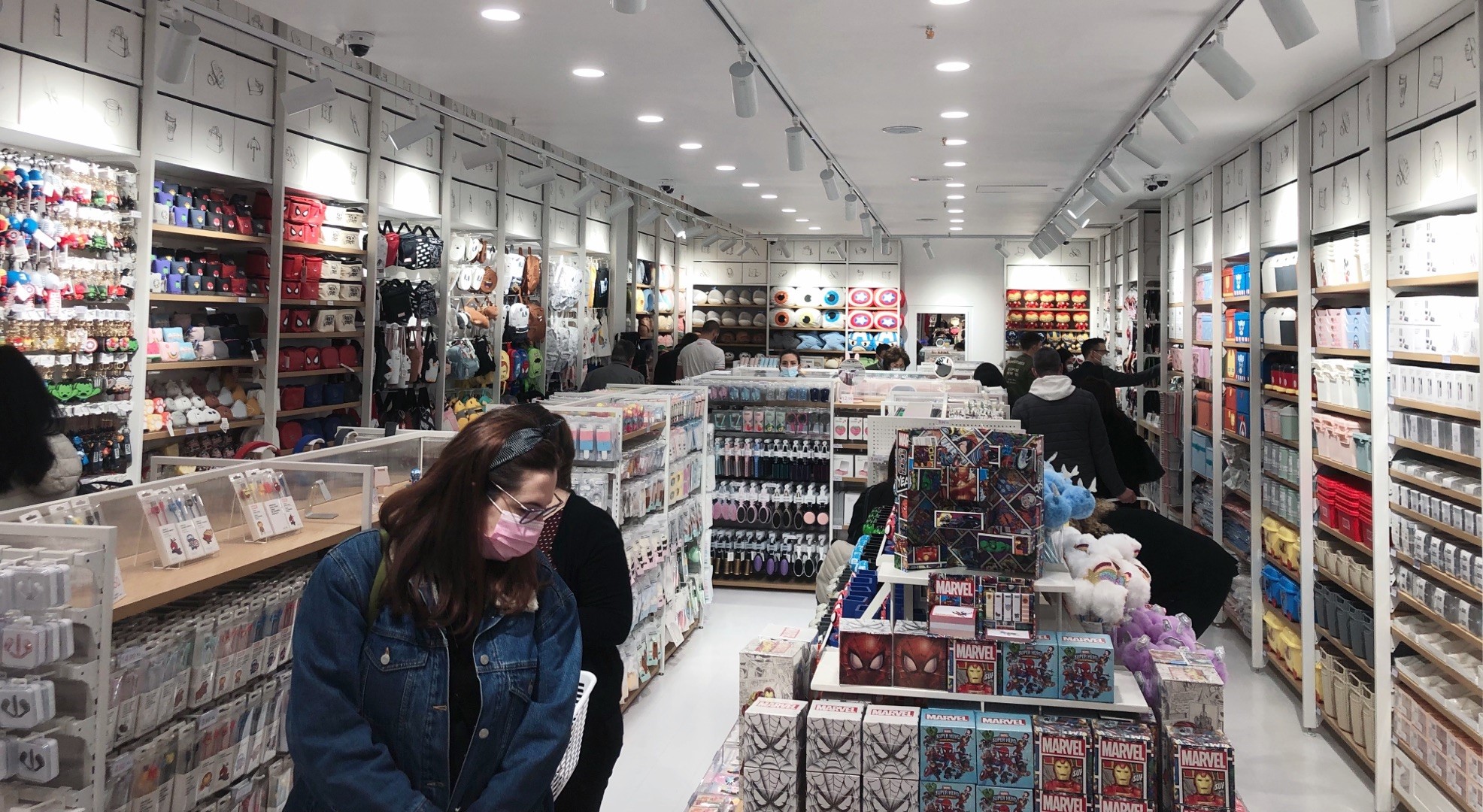 Reviewing MINISO’s first trial sales in Italy, Mr. Zeng, CEO of MINISO Italy, said, “The average sales of a single store in a single day can reach about 6,000 Euros, and the bestselling categories are household products, toys, electronic appliances and stationery.”

Mr. Zeng, is satisfied with the overall sales performance especially when many retailers are closing their stores. He believes MINISO products meet local consumers' demand for quality products at low prices, which has made the brand more popular than ever in the current economic downturn.

Despite the country still struggling from the pandemic, MINISO showed no slowdown on expansion in Italy. A flagship store will be opened this year at Porta di Roma Shopping Mall, one of the largest shopping malls in Rome. According to Mr. Zeng, this highly anticipated flagship store is expected to attract significant numbers of new customers to the recently quiet shopping area.

MINISO overseas Vice President, Vincent Huang, said, “Europe is important in our global footprint, and Italy is one of the most important European markets. We have found that the average sales per store in the Italian market recently can reach 6,000 Euros, comparable to the sales figures during Black Friday. We’re motivated to see how MINISO has been so well-received here and will further expand in Italy and other countries in the region.”

The Consul General of the Italian Consulate in Guangzhou Mrs. Lucia Pasqualini is very confident in the development of MINISO in Italy and believes MINISO will start a broader cooperation with related industries in Italy in near future.

Despite the pandemic, MINISO has continued its expansion in Europe and entered multiple new markets in the past few months, opening its first stores in France, Malta, and Iceland. In addition to new market entries, it also added more stores to its existing markets such as the Netherlands, Spain, and Portugal.

On top of its continuously increasing physical presence around the world, the brick-and-mortar retailer also saw notable success in e-commerce. MINISO’s sales on all E-commerce channels in 2020 increased 250% globally compared to 2019, and the brand also indicated that will soon open unmanned stores in both China and overseas as both an immediate response to the pandemic and its longer-term transformation.

MINISO is a lifestyle product retailer, offering high quality household goods, cosmetics, food, and toys at affordable prices. Since its first store opened in Guangzhou in 2013, MINISO has opened more than 4,514 stores in over 80 countries and regions. With a focus on sleek design and fun trends, its mission is to enable everyone to enjoy life’s little surprises.